General Norman Schwarzkopf once said: “It doesn’t take a hero to order men into battle. It takes a hero to be one of those men who goes into battle.”

Veteran’s Day is celebrated on November 11 every year. The date is significant because it was the last day of “The Great War,” World War I. Unlike Memorial Day, which is to honor our fallen soldiers, Veteran’s Day honors all the men and women who have served in our armed forces.

Veteran’s Day recognizes soldiers who fought in wars across the world and risked their lives to preserve the United States and its people. “The Greatest Generation,” for example, fought to prevent evil empires from taking over the world and saved our democracy. Having given their all, selflessly, to protect us, they deserve a day where we, as a nation, stop to express our gratitude.

Honoring our veterans is important because it raises the morale of our active troops. It reminds every soldier who is fighting terrorism in the Middle East, at a great risk to their lives, that we, as a country, are grateful for their sacrifice. It also reminds us of the sacrifice their families make.

Honoring our veterans inspires our children. On this one day they are witness to the esteem in which we hold those who have served, through social media, the classroom and television. Watching or marching in the parades held in towns and cities throughout our country engenders discussions about what veterans have accomplished for our country. The first hand stories veterans share and the discussions in the classroom teach our children the history of our nation. This day inspires children to serve when they grow up. It’s important to our country to encourage a new generation of heroes that will continue to preserve our values and protect us from harm.

Veterans made the United States the greatest country in the world. On this day we are reminded of those heroes and their families who continue to suffer the effects of their service and say thank you. We recognize and honor those who were wounded physically or mentally and struggle every day. This day also honors the countless veterans those who did not go into battle but, through their service, performed all the tasks necessary to make our armed forces the best in the world, including supporting soldiers in battle, rendering healthcare services and keeping a watchful eye to expose and prevent threats.

At Wilson Law PLC, we are exceptionally proud of the men and women in our armed forces and their families. We will be taking time in on our day to honor the, and encourage you to do the same. A simple word of thanks at a parade means so much to our veterans. We are proud to work with our veterans. If you know someone who needs assistance, don’t hesitate to let us know. 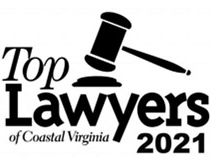 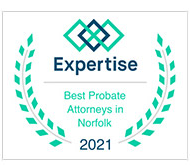